Are you a physician?

Hear from the patients themselves! These individuals had their keloids treated with SRT and have achieved amazing results.

Hear from the patients themselves! These individuals had their non-melanoma skin cancer treated with SRT and have achieved amazing results.

We had the pleasure of inviting patient advocate Tony Perkins to the Sensus Headquarters to tell his story of how utilizing superficial radiation therapy (SRT) as his post-operative keloid treatment help changed his life.

Throughout Tony's lifetime, he received several surgical treatments - none of which seemed to stop the continuous growth of his facial keloids. Working as a High School teacher in St Louis, he suffered from the painful and unsightly scarring for years, with no idea that there was a treatment out there!

It was then suggested by a physician that Tony try superficial radiation therapy (SRT) treatments after the surgical removal of his keloids. SRT killed the keloid cells at their source, so that they don't have the opportunity for further growth. After a couple radiation treatments, the size of Tony's keloids significantly decreased. Not only did this build confidence for Tony but it also opened his eyes to the great benefits of superficial radiation therapy (SRT) for not only himself but for also anyone suffering from keloids!

SRT offers a keloid treatment with a phenomenal success rate. It makes the unsightly scarring caused by keloids a thing of the past, which is something many people have spent their lifetime trying to achieve. It is estimated that nearly 18 thousand people are living with keloids and many don't even know that removal is an option.

The reality is that keloid treatment is available.

In Jeff Goldstein’s case, he developed both skin cancers following a double lung transplant. Though, his immune-compromised condition was not the sole cause of his multiple skin cancers. Growing up in the heart of Miami, he spent a lot of time outdoors as a child. Unfortunately, however, he did not wear sunscreen. Back then, he says, “it wasn’t as prevalent as it is today, and it wasn’t shared through the news like it is today.” So, for Jeff, the accumulation of sun exposure alongside his immune-compromised condition led to him having undergone over 50 Mohs surgeries.

During this time, Jeff also experienced a physical tumor on his right ear, which doctors were concerned could grow down his ear canal and into his brain. Because of potential implications doctors were insistent upon a complete right auralectomy — removal of all internal organs of the right ear. At the time, Jeff thought there could be another way, but without the knowledge of Superficial Radiation Therapy he wasn’t able to more thoroughly explore all available options.

Now, after receiving multiple surgeries for tumors and multiple radiation therapies in a hospital setting, Jeff reflects on his past surgeries and what he would do differently had he had known about SRT.

“[Had I known about SRT] I know I would’ve chosen to do that first. I believe it would’ve been effective, and if that were the case, I would still have my right ear and I would still have hearing on that side of my head. SRT is invaluable for treating areas that you might feel are more appropriate for you and might be easier for you. The process is a lot simpler than typical radiation that you might have post-surgery at a hospital—it’s quicker, it’s a lot less ‘vassive,’ and it’s a lot easier to deal with. And, I might add, it’s very comfortable!”

Jeff now understands the many benefits of SRT, because he uses SRT to treat any unsightly scarring and any recurring skin lesions or problems. Watch the video below to learn more about Jeff’s story and his trust in SRT. 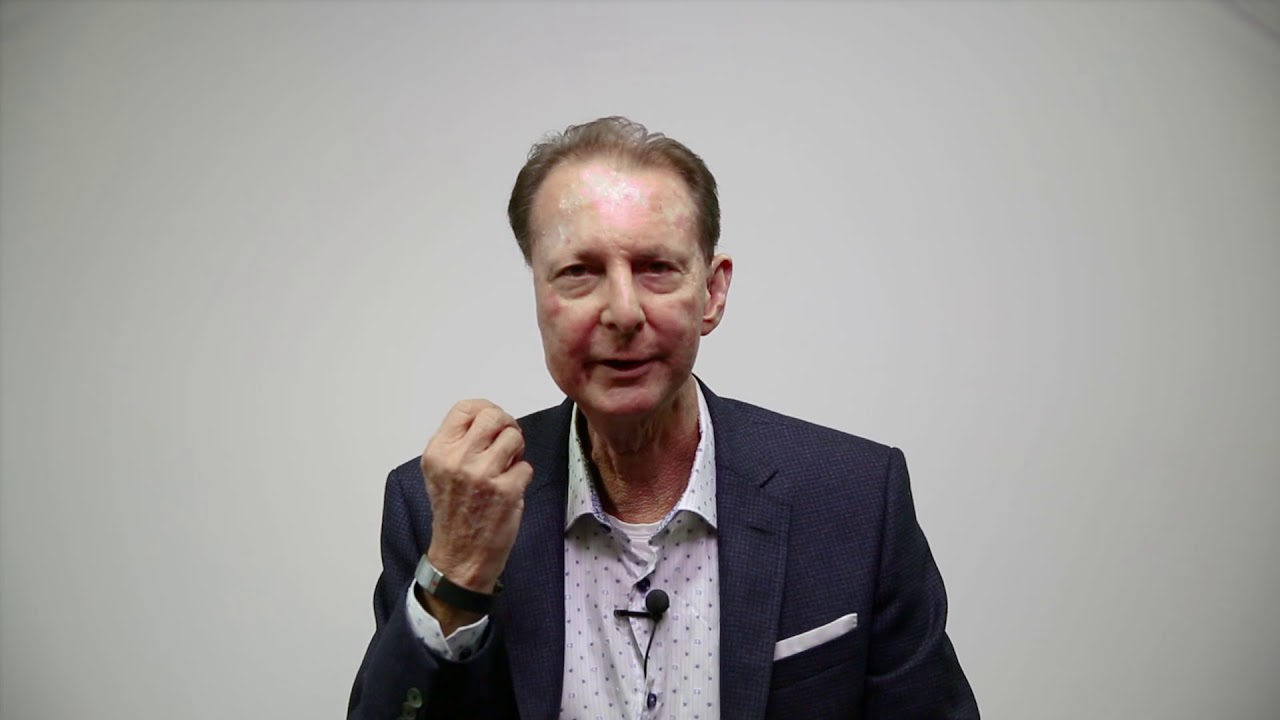 The SRT Keloid Treatment helps to change lives. To show you just how effective SRT can be for keloids, we wanted to share the story of a patient who was successfully treated with the SRT-100. Tony Perkins, a teacher from St. Louis, came to Dr. Michael Jones after seeing a number of plastic surgeons for the surgical removal of his keloids.

Like many patients, Perkins thought surgery would be a cure for his keloids, but Dr. Jones was honest and open with him that this wasn’t the case. Keloids removed surgically often reoccur, and that’s what was happening in his case. In fact, when keloids recur after surgery, they often can be worse than the original keloid. The reason is that surgery triggers aggravate the same conditions that caused the keloid to form in the first place, leading to even more collagen synthesis and scar tissue formation.

After discussing all of this with Perkins and examining his keloids, Dr. Jones chose to incorporate the use of the Superficial Radiation Therapy with the SRT-100 into his treatment program. “When they treat it with the radiation, it’s killing the cells in the keloid,” Perkins said.

“I believe it is taken care of this time,” Perkins said. “In recent years, I could tell maybe within a few months that it was coming back and, right now, I see no signs of it. Now when I look in the mirror, I see the old me.”

Many people think they have to live with keloids recurring time and time again, however, Superficial Radiation Therapy is a highly effective keloid treatment and has a cure rate of 94 plus percent. This is especially good news for the nearly 18 million people whose ethnicity makes them genetically prone to keloids—including African Americans, Latinos, and Asians.

With a surgical procedure to remove the keloid, followed by fractional superficial radiation over a three-day period, we are reducing the recurrence rates of keloids to levels not seen before. Interested in learning more about the benefits of SRT-100 for Keloids? Contact us today.

Start your journey to a happy & healthy recovery.
Or search for a treatment location:
Begin Search
FIND A TREATMENT LOCATION